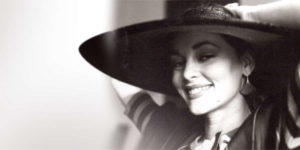 The Deborah Rhodes round, braided linen placemat has been a staple of the elegantly dressed table – whether it is set for a luncheon, dinner, or a BBQ – since Ms. Rhodes sewed her first one in the nineties, but her love of a dapper table setting began when she was a little girl in Deep South. The women in her life instilled the sense of pride in American traditions like how to set a beautiful table. 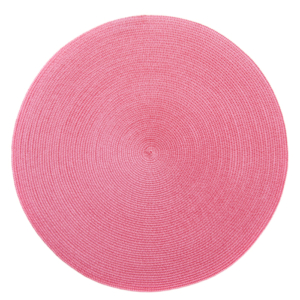 As a young woman Deborah found herself in Los Angeles and in the world of fashion, modeling for print and television alike. This foray into fashion introduced her to the industry in its entirety and soon, Ms. Rhodes realized she could not only be wearing the fashions but could be contributing them as well!

It was in New York when the Deborah Rhodes brand took off. A 10,000 square foot workshop and studio in the heart of the garment district housed her ever-evolving line of hats, hair accessories, scarves, and handbags and made collaborating with names like Cynthia Rowley and Nicole Miller and accessorizing their collections with the perfect millinery topper.

It was those millinery techniques that allowed the brand to transform into tabletop, which touched on Deborah’s background and love of elegantly accessorized meal.  A valued client at Henri Bendels requested a set of placemats from Ms. Rhodes and with the aid of the aforementioned techniques she conjured what is now her signature piece, the “Original Braided Round Placemat”. Obviously they took off and the rest is tabletop history!