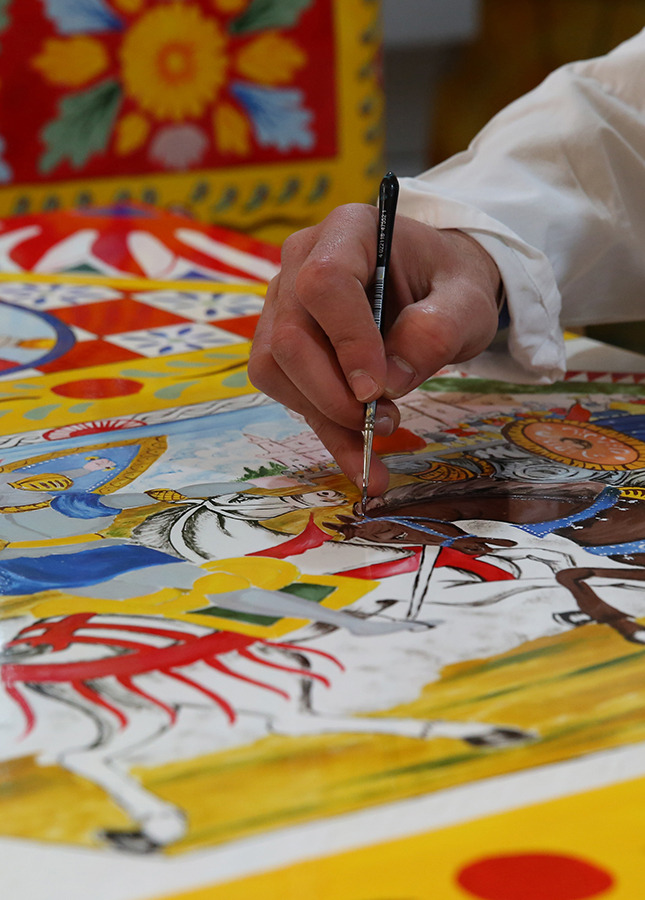 During the Milan Design Fair, Salone del Mobile di Milano, Smeg and Dolce&Gabbana unveiled their latest collaboration – Sicily is my Love. This colourful collaboration is an adjunct to the bespoke FAB by Smeg fridges hand-painted by Sicilian artists, revealed last year. Like the FABs, the small appliances are also adorned with Dolce&Gabbana’s signature decorative style.

Toasters, citrus juicers, coffee machines, kettles, blenders, stand mixers and slow juicers all decorated with gold lemons, citrus fruits, prickly pears and bright red cherries are just some of the typical Sicilian decorations framed in triangular motifs called crocchi: there are also delicate floral motifs inspired by the coasts and landscapes of Southern Italy and images of fascinating Mt. Etna, surrounded by ornamental friezes, picturesque ruins of the Greek temple of Castor and Pollux in the Valley of Temples, trinacrie and cartocci, a decorative motif similar to stylised acanthus leaves.

All symbols of an aesthetic inextricably associated with Sicily, home to the souls of Domenico Dolce and Stefano Gabbana, and more generally with Italy and its cuisine of which Smeg has always been an interpreter of excellence.